skip to Main Content
[COVID-19] The precautionary measures we are taking to safeguard your health. Read Coronavirus updates!

Why it is important to maintain and take care of your power shower?

In order to explain why it is important to take care of your power shower. In the first place, it is crucial to explain what is a power shower and where it differs from other showers such as mixed shower and electric shower. Basically, a power shower is more different because it has another component that the other showers don’t! As the name implies a power shower is powered by a pump! So the added element is the pump that provides you with an invigoration showering experience. Although a power shower combines water from both your hot and cold water supplies it is different from a mixed shower.  This appliance also contains an internal pump, which makes it ideal for use in homes and properties with low water pressure. Depending on the model they can be either thermostatically controlled or manually controlled.

As a rule of thumb, if your shower pump is installed properly and according to the manufacturer’s instructions, you should be given years of trouble-free operation. There are some things that you can do to keep it running smoothly, though.

Steps you should follow to maintain your power shower pump

Always ensure the handset or showerhead is regularly cleaned and descaled. The most common cause of poor shower flow is not the shower pump, as is often suspected at first, but a block inside the handset or rose from the shower. This is most likely to happen in hard water areas and homes that have not been fitted with a water softener.

If there is still poor flow after you’ve cleaned and descaled the shower head then it may be necessary to clean the filters inside the shower pump. The filters can become blocked with limescale in hard water areas and, after the initial installation of the pump or where a lot of work has been done on the pipework in a house, with jointing compounds, tapes, flux and other bits of debris. To clean the filters, turn off all service valves and disconnect the electrical connection to the shower pump. The filters are generally located behind the flexible connection pipes to the impellers. Remove them and clean them gently. Then reconnect the system and refill the pump by opening the valves.

Airlocks in pumps with shower

Should you suspect that there’s an airlock in the pump which is impeding water flow, you’ll need to bleed the pump. You can do this by turning off the electrical supply to the pump and then open the shower mixer and any other taps that are fed by the pump, allow water out and then close them again. You can vent the pump directly by removing the connection pipes after you’ve turned off all the valves. Bleeding the entire system should be a last resort.

If your pump starts making an unusual humming sound, this could be a sign of something more serious. If this happens it could be a warning that the shower pump has become jammed and that the impellers are not rotating. This could be because you’re in a hard water area and not using it often enough and limescale is accumulating inside it. It could also be as a result of the seals becoming stuck or there might be an electrical problem. In this case, you should call a qualified engineer to service the pump.

Sometimes pumps become noisier over time. When this happens, the problem could either be from the way that the shower pump is sited or something to do with the pipework. Ensure that the pump is fitted with anti-vibration feet and make sure that all the pipework that supplies it and is within 3ft (900mm) of it is properly supported.

Likewise, ensure that there is sufficient water – both hot and cold – to supply the pump. If there is not, the pump may make a straining sound and you could be shortening its life. Ensure that all valves supplying the pump and those on the other side of it are open to the manufacturer’s specifications.

Should you notice a leak from your shower pump you should turn off the isolating valves on both the feed and delivery sides. It is possible for the seals to deteriorate over time and they can be replaced. Call a service engineer to rectify the problem.

Should your shower pump start pulsing and delivering water to the shower in bursts, other taps in the house may be causing it to malfunction and there could be a problem with your pipework. Call an engineer to rectify the problem. 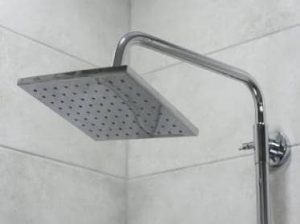 The Night Storage Heater Storage heaters are the home's tireless workhorses, quietly toiling away at…

Harmless electrical issues that need a reaction Loose sockets Switch the disconnector off. Double-check the…

This website uses cookies to improve your experience while you navigate through the website. Out of these cookies, the cookies that are categorized as necessary are stored on your browser as they are essential for the working of basic functionalities of the website. We also use third-party cookies that help us analyze and understand how you use this website. These cookies will be stored in your browser only with your consent. You also have the option to opt-out of these cookies. But opting out of some of these cookies may have an effect on your browsing experience.
Necessary Always Enabled
Necessary cookies are absolutely essential for the website to function properly. This category only includes cookies that ensures basic functionalities and security features of the website. These cookies do not store any personal information.
Non-necessary
Any cookies that may not be particularly necessary for the website to function and is used specifically to collect user personal data via analytics, ads, other embedded contents are termed as non-necessary cookies. It is mandatory to procure user consent prior to running these cookies on your website.
SAVE & ACCEPT